Seven faculty members were selected for the Promising New Faculty category of the Provost’s Awards in recognition of their exemplary achievements in teaching, research, creative activities and/or service among non-tenured, tenure-track faculty. The honorees are:

EXCELLENCE IN TEACHING AWARD: Dr. Benjamin Boone (music) joined Fresno State in 2000. Boone’s classroom is said to be a laboratory of life with no boundaries of creativity. He recently brought one of the world’s greatest string quartets, Germany’s Verdi Quartet, to Fresno State for a one-week residency to guide music composition students.

Boone’s works have garnered 18 national and international honors and awards. His research on speech from a musical perspective has been noted in Oxford’s “The New Grove Dictionary of Music and Musicians,” the Journal of the Acoustical Society of America and in Judith Martinovich’s “Creative Expressive Activities and Asperger’s Syndrome.”

FACULTY SERVICE AWARD: Dr. Victor Torres (Chicano and Latin American studies) joined the Fresno State faculty in 1996. Coming from humble beginnings, he is committed to service and mentoring. Torres has demonstrated his leadership and commitment to service and engagement through his work with the Latino/a Faculty and Staff Association and the Chicano/Latino Commencement Celebration. He has been involved in most mentoring programs on campus, including the Faculty Mentoring Program. Under his direction, the highly acclaimed Mexican dance troupe, Los Danzantes de Aztlán, has earned top awards and has been designated with CSU Ambassador status. His time investment in the University includes service in the Academic Senate and service as chair of the Chicano and Latin American Studies Department.

RESEARCH, SCHOLARSHIP OR CREATIVE ACCOMPLISHMENT AWARD: Dr. Cristina Herrera (Chicano and Latin American studies) has been at Fresno State since 2006. While serving underrepresented students in the classroom, she has also published prodigiously in reputable journals and books in the fields of Latina/o studies, literature and women’s studies. Herrera’s book, “Contemporary Chicana Literature: (Re) Writing the Maternal Script,” broke ground on motherhood in Chicana/Latina literary studies. She has nearly completed her second manuscript, “Sisters and Sisterhood in Contemporary Chicana Writing.”

INNOVATION AWARD: Dr. The Nguyen (mechanical engineering), who joined Fresno State in 2012, has demonstrated his exemplary technical talent and innovative spirit. He challenges his students to think, to be creative, to design and to experiment. As a DiscoverE tablet program faculty fellow, Nguyen incorporated new ways of teaching and learning in his courses. One example of his innovative thinking resulted in a unique tremor suppression device for patients with Parkinson’s disease — an invention he designed and prototyped.

OUTSTANDING LECTURER AWARD: Don Williams (physics) has taught at Fresno State since 1989. Believing that instruction should be tied to modern living, Williams has always made it a point to engage students with technology, which has resulted in effective ways of incorporating course materials. He and his students directly impact many lives in the Valley through his physics outreach activities. His work is raising science consciousness through interactive physics demonstrations that engage the old, the young and the community at large.

Dr. Alicia (Brown) Becton (counseling education and rehabilitation) started at Fresno State in 2014 and has since published nine peer-reviewed articles and three book chapters. Her research has contributed to the counseling and rehabilitation of individuals with disabilities or substance use disorders. She has presented statewide on a variety of topics related to student veterans and the effects of disability on the family. She is also the principal for the $2.5 million Wayfinders grant that helps young students with disabilities transition from Fresno State to independence in the community. Becton’s current research focuses on multicultural competency, dual diagnosis, family systems and effective treatment modalities for special populations.

Dr. Amber Hammons (child and family services) joined the Fresno State faculty in 2012. Before coming to the University, Hammons worked on several projects to promote exercise and healthy behavior among elementary school children. Her research has contributed to areas of teaching, service and research. As the child and family services liaison, she plays a crucial role in the training of academic advisers for the department. Hammons is currently researching the development and prevention of obesity in vulnerable and low-income populations.

Dr. Susana Hernandez (educational leadership) began at Fresno State in 2013 and facilitates the Higher Education, Administration and Leadership (HEAL) Pathway. The program is a degree pathway for students pursuing a Master of Arts in Education with an option in Educational Leadership and Administration in the Department of Educational Leadership. Students in the HEAL program study policies, practices, theories and current issues related to post-secondary education. They learn valuable analytical, research and leadership skills that will help them lead the next generation of educators. 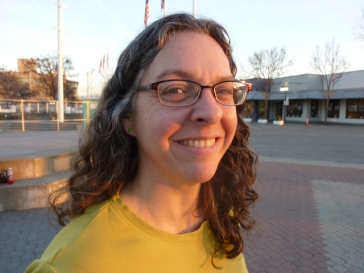 Dr. Alison Mandaville (English) joined Fresno State in 2013. Mandeville, a scholar as well as a creative writer, has contributed to teacher education, graphic novels and Azerbaijani literature. Her research on the poetry of Azerbaijani women has made much of the poetry accessible to English readers. Mandeville received the California State Classroom Teaching Excellence Award for 2016. She is currently working on improving Fresno State student graduation rates by developing a new online degree program.

Dr. Stephanie Moore-Reed (kinesiology), who began at Fresno State in 2013, has published eight peer reviewed articles with Dr. W. Ben Kibler, who is regarded as one of the best shoulder surgeons in the world. Reed is currently leading a team of faculty tasked with transitioning the undergraduate athletics training program to a Master’s of Science in athletic training. She prioritizes student involvement and class engagement, and is known among students for making dry material more positive and intriguing.

Dr. Jennifer Randles (sociology) joined the Fresno State faculty in 2013 and has become recognized as one of the most versatile instructors in her department. In that time, she has published three sole-authored and two co-authored peer-reviewed articles, one sole-authored chapter, a policy brief and a book, “Prospering Prosperity: Marriage Education Policy and Inequality in America.” Randles has worked with numerous local community service groups and committees. Her service has generated a significant increase in community-based research and activity.

Dr. Chris Sterling (business management), who began working at Fresno State in 2013, was the first University professor to teach the Applied Conflict Management Techniques (Management 182) course. Sterling focuses on student participation and engagement in class. Sterling is known for his research on enhancing positive experience and emotion in workplace environments. His latest publication, “Costly Comparisons: Managing Envy in the Workplace,” was featured in “Organizational Dynamics,” one of the leading research journals.