Two professors in the College of Arts and Humanities were named “Professor of the Game” during Fresno State football games during the 2017 season — Dr. Kathy Adams and Dr. Tina Fernandes Botts. 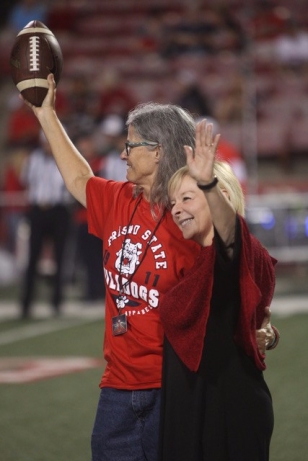 During the 2017 football season, six professors from across the university were honored for their commitment to academic success.

Professors of the Game are driven onto the field and deliver the game ball to President Joseph I. Castro at midfield, then get to watch the game with their family from the president’s box.

The tradition began several years ago, said Paul Ladwig, Senior Associate Athletics Director for External Relations. The Professor of the Game is selected by student-athletes and is done in several Fresno State sports.

Botts, a professor in the Department of Philosophy, was selected Professor for the Game at the Nov. 25 game against Boise State. She is pictured below with Victor E. Bulldog III. 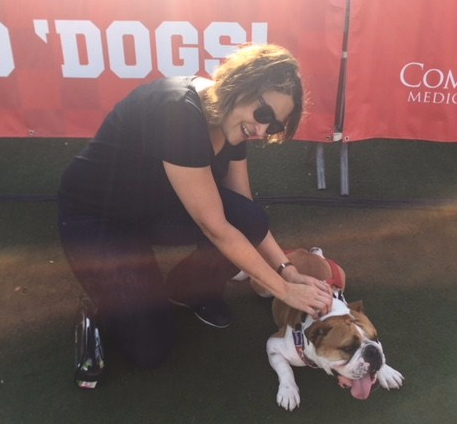