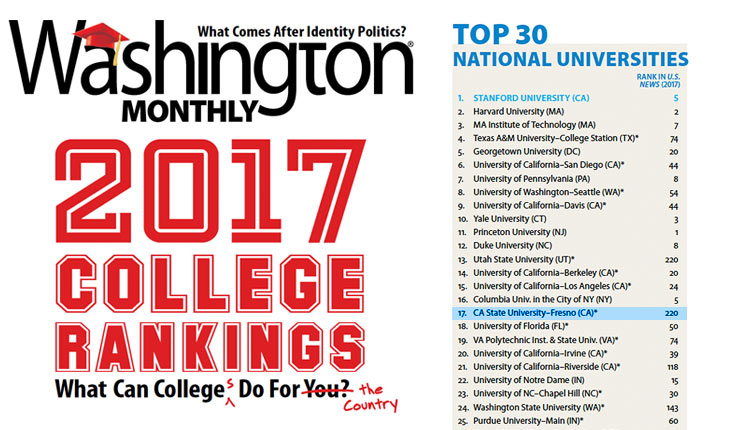 The latest national ranking of the top universities in the United States shows Fresno State’s approach to student success is again among the nation’s best at combining academic excellence with economic opportunity. Washington Monthly, a D.C.-based magazine known for its annual rankings of American colleges and universities, announced Monday that Fresno State placed No. 17 on its list of the top national universities, moving up eight spots from last year. 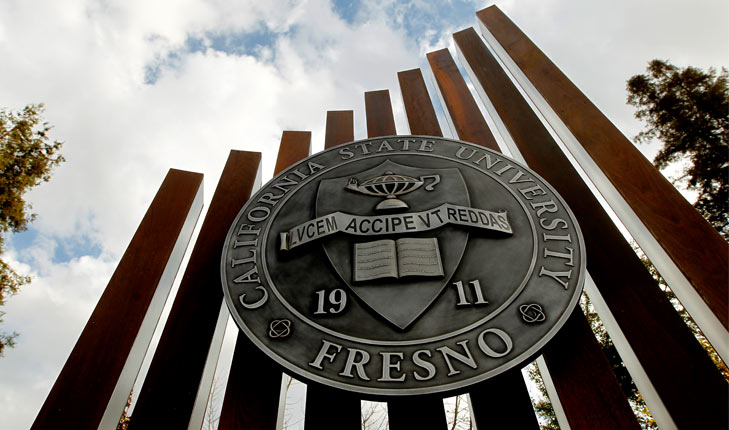