Many survivors tell a similar story. As the sun rose over Hiroshima on a clear summer morning on Aug. 6, 1945, air-raid sirens blared, rousing a sleeping city awake. Several minutes later, an all-clear was issued, the sirens stopped, and the estimated 350,000 residents of the city began their daily routines on a hot summer day. 31,000 feet above…

Anyone familiar with Fresno State will recognize the Peace Garden, just north of the Henry Madden Library, as one of the most beautiful and serene places on campus. The statues begin with the larger than life head of Gandhi who gazes east at the depictions of those who have followed his legacy. With the Peace Garden’s location near the center of campus life, these ideals of civil rights and non-violence lie at the heart of Fresno State.

Ela Gandhi, granddaughter of Mohandas Karamchand Gandhi, is a former member of the parliament of South Africa. During Apartheid Era, she was banned from political activism. She is currently a peace activist, newspaper editor and social worker. 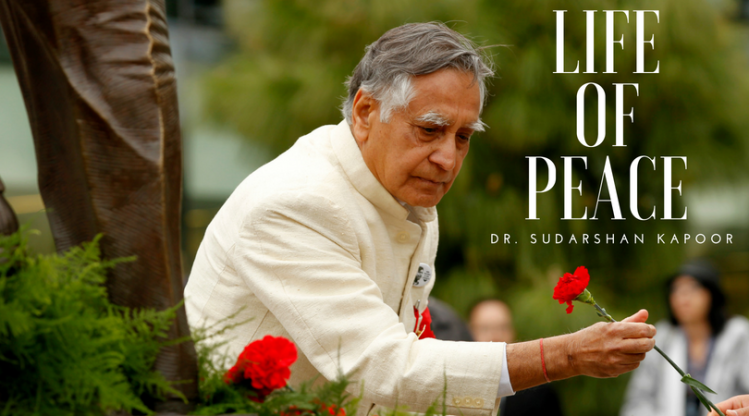 Philosophy Department professor Dr. Sudarshan Kapoor was among four who were honored by the Fresno County Office of Education (FCOE) Foundation for a lifetime of educational contributions. The 2018 FCOE Honors Gala was held on September 15, 2018, at the Fresno City College Old Administration Building. “Dr. Kapoor’s legacy of nonviolence reflects principles at the […]