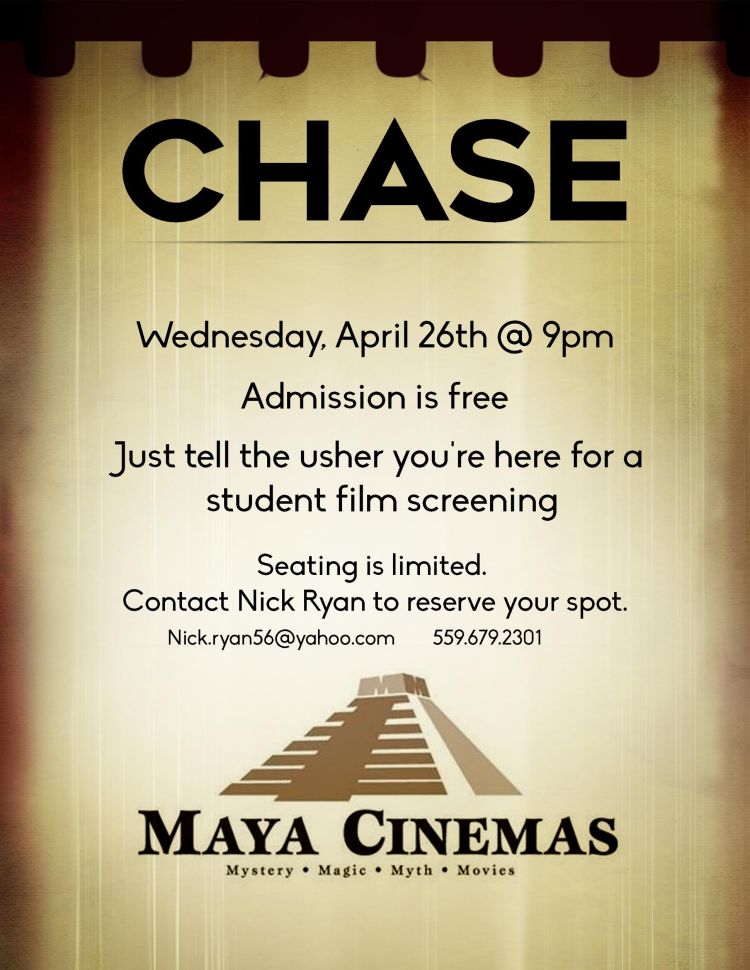 Several Fresno State students created a short film that will be screened at Maya Cinema at 9 p.m. Wednesday, April 26. Nick Ryan wrote and helped edit “Chase”; Jacob Alvarado directed it and was the primary editor; Chad Saechao was the director of photography; and Derek Contreras was the assistant cameraman. “They created the film as […]